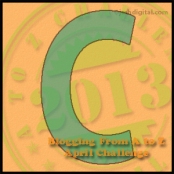 (Note: The author only acknowledges The Crow graphic novel by James O’Barr and the film starring Brandon Lee. There has never been any other crow films made and don’t try to tell him otherwise.)

The crow is one of my favorite movies ever. Enough so that my first born son is named Draven after the main character. The film has been a favorite of mine for as long as I can remember and I am almost ashamed of myself for waiting until last year to read the graphic novel. The graphic novel is far superior to the film in terms of emotion. O’Barr wrote the novel after his girlfriend was killed by a drunk driver.

Every image in the book is covered with pain and grief and the words are as poetic as anything I’ve ever read. O’Barr did an excellent job making the reader feel the pain that he felt as he tells the story of Eric Draven coming back from the dead and to get revenge on the men who killed him and his girlfriend.

SPOILER ALERT!!! (Does it count as a spoiler if it’s more than 20 years old?) Anyway, another cool aspect of the novel (it’s different in the movie) is that it is the only story I can remember where the main character is never even remotely threatened by the bad guys. The only pain he goes through is the pain from the loss of his girlfriend.

Also, in the book and the movie is the quote from William Thackeray, “Mother is the name for God in the lips and hearts of little children.” For some reason I can’t think of a truer statement.

I’ve just started a contest that will run through the end of this month. All you have to do is follow me on twitter and tweet this message: Follow @AlexNaderWrites and RT this for a chance to win A copy of John Dies at the End in paperback http://tweetsw.in/2191/

3 thoughts on “C is for Crow #AtoZchallenge”